Madonna reportedly failed to show up for jury duty on Tuesday (27.05.14) and didn't inform the court she wouldn't be able to make it. 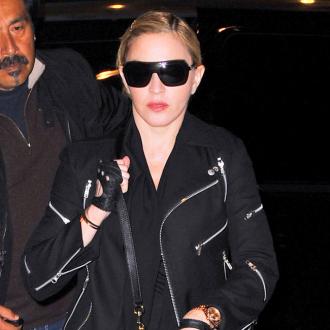 Madonna reportedly failed to show up for jury duty.

The 55-year-old pop icon was expected to perform her civic duty at Manhattan Supreme Court in Manhattan, New York, on Tuesday (27.05.14), but failed to show up at the assigned time of 9am.

The 'Hung Up' hitmaker also failed to inform the court she wouldn't be able to honour the commitment, as New York jurors are allowed one postponement, but must apply for it. Madonna didn't apply to defer her jury duty and was expected in court, according to the New York Post newspaper.

Madonna was previously called for jury service in 2008 in Beverly Hills, California.

The star turned up for her duty but was dismissed four hours later.

Madonna has been living in New York since the early 1980s and currently resides in a $32 million mansion.

However, the singer's current fortunes are a stark contrast to when she first moved to the city.

Last year, Madonna revealed she scraped by upon her move by posing nude for art classes.

Sadly, the star also confessed she was raped at knifepoint during her first year living in New York.