Madonna thinks Trump was elected ‘for a reason’

Madonna has said she believes Donald Trump’s election ‘had to happen’.

Appearing alongside playwright Elizabeth Alexander, artist Marilyn Minter and the museum’s director Anne Pasternak, Madonna said Trump was elected for a reason, to show Americans they’d been taking their freedom for granted. 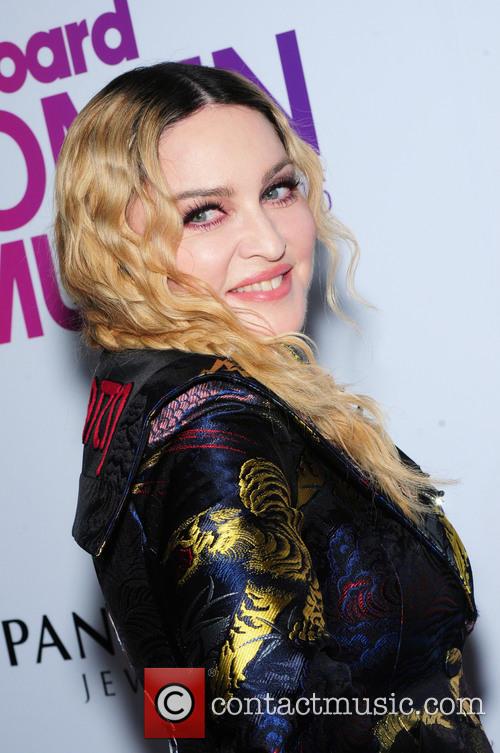 Madonna thinks Trump was elected ‘for a reason’

"It had to happen," Madonna said. "I do believe that Trump was elected for a reason: to show us how lazy and un-unified and lackadaisical and taking-for-granted we've become of our freedom and the rights we have as Americans.

"It sounds really perverse, but [Trump]'s actually doing us a great service," she continued. "We've gone as low as we can go. We can only go up from here. What are we going to do to go up? ... We have two choices: destruction. Creation. I'm going down the road of creation and you're all welcome to join me.”

More: Madonna Gives Powerful Speech On Sexism After Being Named Billboard's 'Woman Of The Year'

"They say it's always darkest before the dawn,” she added. “I feel like it had to happen to bring people together. Let's get the party started!” During the election Madonna was an outspoken supported of Hillary Clinton.

Speaking to Billboard in December, following Trump’s election, Madonna had said: "The election felt like someone died. It felt like a combination of the heartbreak and betrayal you feel when someone you love more than anything leaves you, and also a death."

“I feel that way every morning; I wake up and say, 'Oh, wait, Donald Trump is still the president,' and it wasn’t a bad dream that I had." The singer also blamed Trump’s victory on women voters, touting the theory that "women hate women."

"It feels like women betrayed us," she said. "The percentage of women who voted for Trump was insanely high … Women's nature is not to support other women. It's really sad. Men protect each other, and women protect their men and children. Women turn inward and men are more external.”