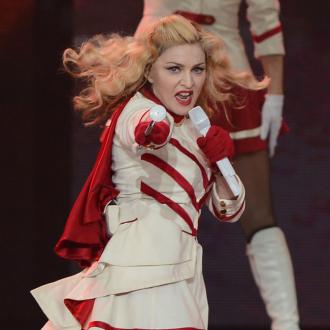 Madonna's MDNA Tour has been named the highest grossing of 2012.

The MDNA tour has proved controversial, with Madonna baring her buttocks to raise money for victims of Hurricane Sandy at one date and writing a message of support for US President Barack Obama on her back at another.

Her decision to brandish imitation weapons has also been controversial, attracting criticism from anti-weapons campaigners, although she insists they were only used metaphorically.

She said: ''It's true there is a lot of violence in the beginning of the show and sometimes the use of fake guns - but they are used as metaphors.

''I do not condone violence or the use of guns. Rather they are symbols of wanting to appear strong and wanting to find a way to stop feelings that I find hurtful or damaging.''