Madonna's dancer boyfriend Brahim Zaibat has designed his own fashion line called Defend, which features a gun as the logo. 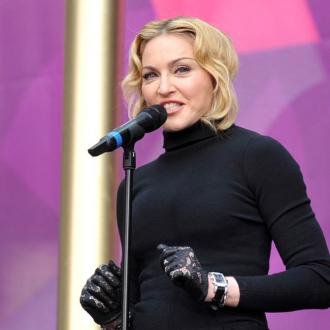 Brahim Zaibat has designed his own fashion line called Defend, featuring drawings of an AK47 rifle as the logo, and the 'Material Girl' singer was recently spotted wearing a hooded jumper in support of her man's controversial new brand.

It has been claimed the dancer is serious about learning more about the industry as he wants to secure a career in fashion when his dancing days are over.

A source told The Sun newspaper: ''Brahim knows dancing jobs won't last forever and wants a successful business and to be taken seriously as a designer.''

The 54-year-old popstar, who also produces her own fashion label Material Girl with her daughter Lourdes Leon, is believed to have funded the brand and has even introduced Brahim to members of the fashion elite.

The insider added: ''Madonna has lots of connections in the fashion world so has introduced him to people like her designer friend Ricardo Tisci.''

Rihanna, Chris Brown and Zachary Quinto have all worn the jumpers in a bid to publicise the new line.

Madonna started dating Brahim in September 2010 after he performed a hip-hop routine at the launch of her clothing range at Macy's in New York.

Meanwhile, the singer recently enlisted Roc Nation signer Rita Ora to become the face of her own clothing label.