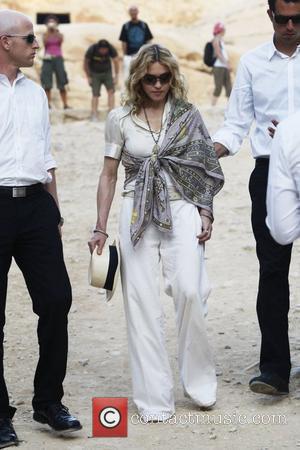 Picture: Madonna visits the ancient Rose city of Petra in Jordan on September 3, 2009. During her 15 minute trip she was accompanied by Jordanian security...

Madonna has reportedly reconciled with her estranged brother Christopher Ciccone - a year after he published an expose of their life together.
The Holiday hitmaker was allegedly furious over Ciccone's tell-all book, Life With My Sister Madonna, last year (08), which lifted the lid on the star's private affairs.
Ciccone also incurred the wrath of his famous sibling when he spoke to the media following her split from Guy Ritchie in late 2008.
The pop superstar has now taken the first step towards a reconciliation, according to British tabloid the Sunday Mirror, writing her brother an email in a bid to repair their broken relationship.
A source tells the publication, "Madonna did it more for her family than for herself. Her feud with Chris was creating huge tension within the family so she decided to be the bigger person. It's been a nightmare. She's calmed down since the book and had time to think. She realises blood is thicker than water and she will meet with him this year in L.A."