With her Rebel Heart World Tour generating increasing amounts of undesirable headlines, Madonna might face the theoretical possibility of a sexual assault charge after pulling down the top of a teenage fan she had invited on stage, briefly exposing her breast.

In the incident at Brisbane Entertainment Center on Thursday evening (March 17th), captured in a fan video which has since gone viral, the 57 year old singer yanked down 17 year old Josephine Georgiou’s shirt, revealing one of her breasts.

“She’s the kind of girl you just want to slap on the ass,” the singer said admiringly of the barista and would-be model standing next to her, but nobody in the crowd could have been prepared for what then happened. 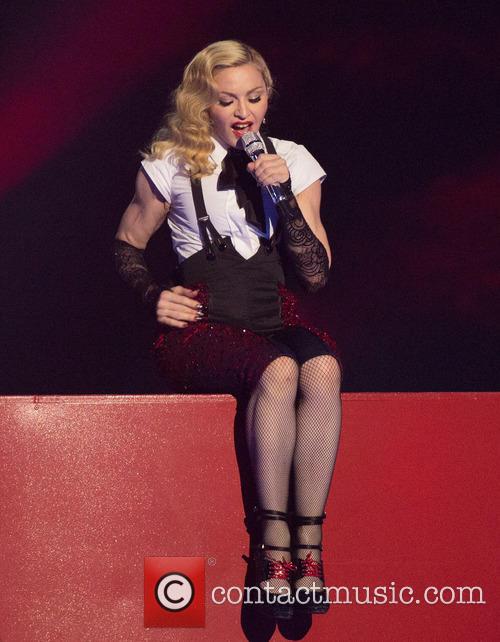 Madonna has been involved in another bizarre on-stage incident

“And pull,” Madonna saud, yanking down the girl’s strapless top, to astonished cheers from the crowd. “I’m sorry, sexual harassment,” the singer backtracked. “You can do the same to me. Good luck.”

Georgiou has already stated that she found the incident harmless and does not wish to press charges. Which is perhaps fortunate for Madonna, as many Australian lawyers have speculated that the incident could constitute sexual assault.

“Seriously, why would I sue Madonna for the best moment of my life?” the teenager told Brisbane’s Courier Mail newspaper when asked about the incident. “It was the best night.”

“She was calling me a Victoria’s Secret model the whole time I was on stage, which is so flattering,” Georgiou said, adding that the shirt she was wearing was her mother’s and was too big.

“Only I get to decide if I’m humiliated or not. Why would people assume I am humiliated by my own breast, nipple or body? It’s hilarious to me how much of a big deal it is to everyone. People just need to understand I was on stage in front of Madonna, I was looking her in the eyes and most people would just melt into a pool on stage, so it was only because I was standing in front of her that I looked so surprised.”

Madonna’s first show in Brisbane on the previous evening had caused controversy, with the singer arriving on stage nearly two and a half hour later than the scheduled 9pm start. This time, she was only 25 minutes late.