Madonna Looking For 'Maddest, Sickest' Artists To Work With 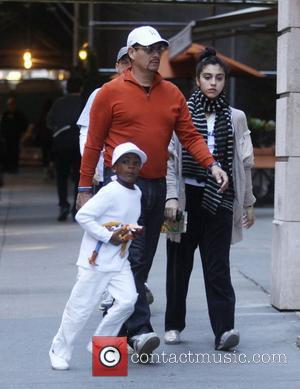 Picture: David and Lourdes Leon Madonna and her family are seen arriving at the Kabbalah Center in NYC. New York City, USA - 13.11.10

Pop superstar Madonna is itching to get back into the studio to begin work on her next album, revealing she is "on the look out" for hot new collaborators to work with.
The Material Girl hitmaker released her last project, Hard Candy, in 2008 and has spent her time since working on her second directorial venture, upcoming drama W.E., as well as launching her first Hard Candy Fitness centre in Mexico earlier this month (Dec10).
But Madonna admits she is craving the creative process that goes into making new music.
In a message posted on her Facebook.com page on Friday (17Dec10), the singer writes, "It's official! I need to move. I need to sweat. I need to make new music! Music I can dance to. I'm on the look out for the maddest, sickest, most bad a** people to collaborate with. I'm just saying..."