Madonna put in a victorious performance at London's O2 - the same venue at which she fell off stage during the Brit Awards earlier this year.

Madonna revisited the scene of her infamous on-stage fall earlier this year as her Rebel Heart world tour arrived at London’s O2 Arena. This time, things went off without a hitch, and the singer also allowed an unusual guest star on stage with her.

Chat show host Graham Norton was spied in the audience by Madonna, and she duly invited the 52 year old presenter onto the stage with her to dance during ‘Unapologetic B****’, at the gig at the massive East London venue on Tuesday night (December 2nd). 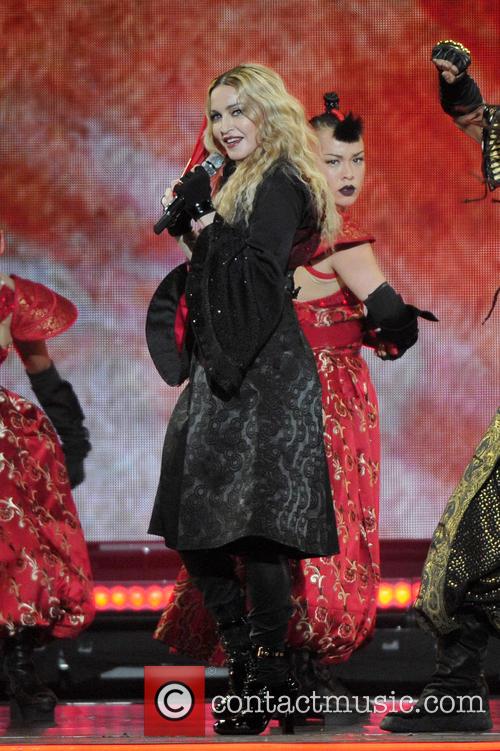 In a video shot by a fan, Norton was clearly getting into the spirit of things as he danced and gyrated with Madonna, who at one point wrapped one of her legs around him as he grabbed her thigh – to the amusement of one of the backing dancers.

At other points in the show, the huge hi-resolution backing screen was hydraulically lowered to the floor at an angle so that the dancers could use it, and Madonna brought out a ukulele to perform a stripped-down rendition of ‘True Blue’.

More: Katy Perry grinds onstage with Madonna during ‘Unapologetic B****’

The massive tour has been extremely well-received, in contrast to the album that it’s in support of. Rebel Heart was released in March and was given the cold shoulder, not only by critics but also by fans, as it became the first Madonna not to reach Number 1 on either side of the Atlantic since 1994’s Bedtime Stories. 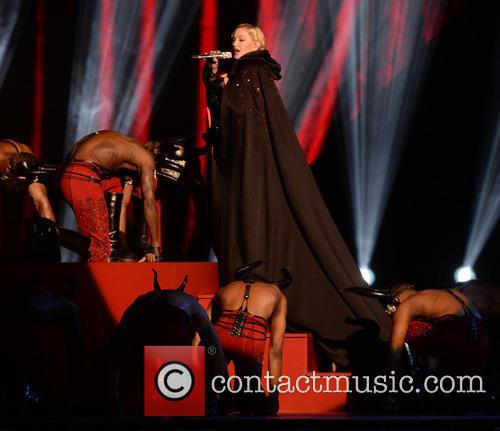 There was reportedly a huge cheer as her cape was removed with a flourish during ‘Living For Love’. Of course, this was the exact point of the performance that caused Madonna to tumble off stage back in February at the Brit Awards, as a detachable mechanism was tied too tightly to be removed as planned.