Andrew Lloyd Webber thinks Madonna would be a ''great Norma Desmond'' in a remake of 'Sunset Boulevard'. 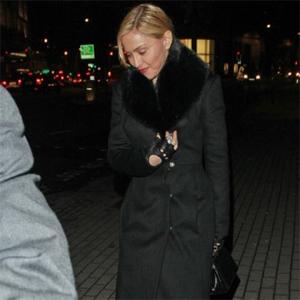 Madonna is being pursued for a role in a remake of 'Sunset Boulevard'.

The 52-year-old star - who will soon release her directorial debut 'W.E.', a two-tier tale about the relationship between Britain's King Edward VIII and his wife Wallis Simpson, and a modern day woman called Wally - is wanted by maestro Lord Andrew Lloyd Webber for a reimagining of the classic 1950 movie in the role of Norma Desmond, played by Gloria Swanson.

He told Piers Morgan: "I bet you this never, ever, happens, but you know who would make a great Norma Desmond on screen? Madonna.

"She's the right age. I've not got through to her. She hasn't taken my call this time."

Andrew previously worked with Madonna as the composer and songwriter on 'Evita' - about the life of B-list Argentinean actress Eva Duarte - for which he won an Oscar for Best Music and Madonna picked up a Golden Globe for Best Performance by an Actress.

The original 'Sunset Boulevard' tells the tale of a screenwriter who scripts a story for a faded silent-movie star.

It won three Oscars at the 1951 Academy Awards, including Best Music.