Madonna is so obsessed with her diet she hires her own private chef to cook her macrobiotic meals when she flies. 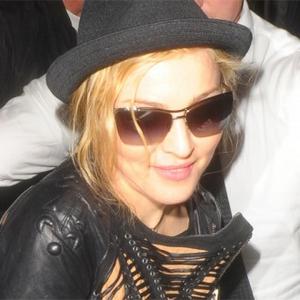 Madonna flies with a private chef to cook her macrobiotic meals in the air.

The singer is so committed to her strict diet she buys her chef a seat on the plane so they can make her personalised in-flight food.

On a recent Virgin Atlantic flight from New York to London, the 51-year-old reportedly splashed out thousands on bringing her own chef with her and booked up an entire aisle in upper class for her entourage.

A source on board the flight told the Daily Star newspaper: "The cabin crew were given a dossier on rules and requirements.

"They weren't allowed to walk down her aisle or ask her any questions, they had to go through her assistants. It was ridiculous. She took over the whole plane."

Madonna is so obsessed with following the macrobiotic diet she regularly tries to convert others to the eating plan, including her boyfriend.

Brazilian model Jesus Luz, 23, adopted the diet - which is mainly comprised of vegetables and fish and doesn't allow you to consume any dairy, sugary treats or processed foods - last year to please his lover.