Heartbroken amid her continuing custody battle with her ex-husband over their teenage son Rocco, Madonna is reportedly seeking solace in the arms of her new love interest – apparently 32 years her junior.

25 year old Aboubakar Soumahoro, an Ivorian national who used to be a shop assistant at the ultra-upmarket Harrods, is reportedly the target of Madge’s affections, spending increasing amounts of time with him as she nears the end of her massive Rebel Heart world tour. 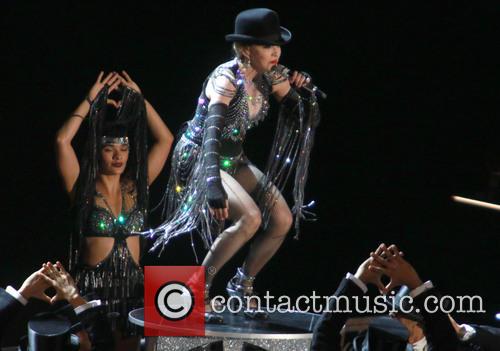 According to The Mirror, they met at the end of last year and have become increasingly inseparable. “They were at a party together back in November when they got chatting, and hit it off straight away,” a friend of 57 year old Madonna’s revealed.

“Over the next few weeks, they got together a couple more times and she invited him over to her place, where they sat up all night talking. The next thing we heard, he had quit his job and had gone out to meet her on tour. It’s obviously a very close friendship.”

More: Madonna and Guy Ritchie urged once again by judge to resolve Rocco custody dispute by themselves

The star has previously dated younger men, including back-up dancer Brahim Zaibat, 29, whom she dated until late 2013. The lyrics to her recent single ‘Unapologetic B****’ are apparently about him.

“I know you’d like it if I stayed home and cried. But that ain’t gonna happen, here’s the reason why: When we did it, I’ll admit it, wasn’t satisfied” went the excoriating lyrics to that song. She then dated another of her stage dancers, 28 year old Timor Steffens, until August 2014.

Last week, it was confirmed that Madonna is now the highest-grossing singer in pop music history, with the current Rebel Heart takings putting her total income from touring throughout her career at £920 million.