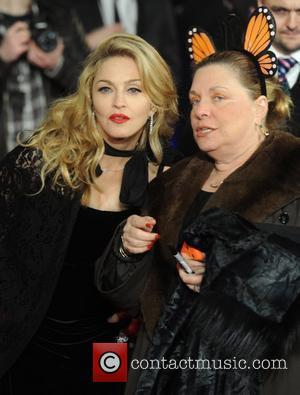 Madonna's new album M.D.N.A. has sparked controversy months before its release after health campaigners criticised the star for using a name similar to drug Mdma.
The Material Girl revealed her 12th studio record's title on Wednesday (11Jan12), but just hours after the album name's unveiling, the star has been accused of popularising drug culture.
The album's title is believed to be an abbreviation of Madonna's name, but sounds similar to Mdma, a narcotic also known as Ecstasy.
Lucy Dawe of campaigner group Cannabis Skunk Sense tells Britain's The Sun, "It's an ill-advised decision."
M.D.N.A is set for a March (12) release, but the pop superstar has admitted she fully expects it to leak before then.
In a pre-taped TV interview with Irish host Graham Norton, which will air in Britain on Friday (13Jan12), she says, "It depends how quickly people hack in to my server and leak it. Can people wait?"