Rocco has reportedly refused to travel home from Britain to spend the holidays with Madge.

Madonna has gone to court to force her teenage son Rocco to return the United States for the holiday season, after he apparently refused to leave Britain where he’s staying with his father Guy Ritchie.

When the 15 year old ignored his mother’s request to board a plane to New York to spend Christmas with her in Manhattan, the pop star resorted to legal methods on Wednesday (December 23rd) to get her son to return to her.

Manhattan Supreme Court Justice Deborah Kaplan duly granted the order for Rocco to travel to New York, but Ritchie’s attorney in response made it clear that the boy had no intention of doing so voluntarily. 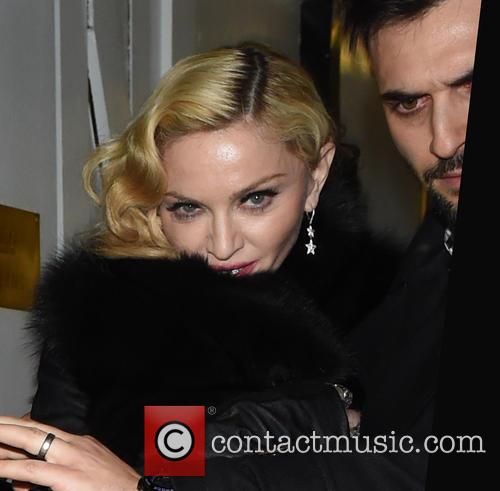 An unnamed source close to the family told Page Six: “This is a 15 and a half strapping young kid, so we’ll see. The boy said he didn’t want to stay with her. He’s not getting along with his mom, which is not a surprise for a child that age.”

“He has expressed very clearly that he does not want to return to New York,” Ritchie’s attorney Eric Buckley told the judge. The comment apparently angered Madonna, who tried to interrupt the court proceedings, but was restrained by her attorney Eleanor Alter.

Madonna and Ritchie, who share two children (Rocco and his adopted younger brother David), divorced in 2008 and have occasionally been embroiled in custody hearings since, although both children spend time with each of their parents.

Judge Kaplan reportedly said, while granting the order in favour of Madonna, that Rocco would get a court-appointed attorney to represent him in the New York custody battle. “I'm granting you all the relief you have requested,” she said. “I'm directing the child to be returned to New York. If he wants to stay with his father, he must return to his mother.”

Madonna revealed back in August to Entertainment Weekly that Rocco would be accompanying her on the last stages of her Rebel Heart tour, and that he would be working backstage. “I think he’s probably gonna work behind the scenes. He’s not interested in performing on stage with me right now. There’s way cooler things,” she said.