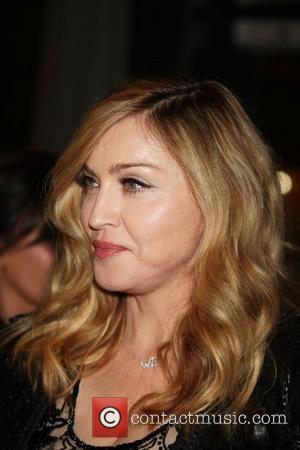 Picture: Madonna arrives arrives at the Museum of Modern Art in New York to attend the Cinema Society and Piaget screening of 'W.E.' New York City,...

Madonna will team up with Cirque Du Soleil for her performance at the prestigious 2012 Super Bowl Halftime Show.
The pop icon will follow in the footsteps of stars including Tom Petty, Sir Paul MCCartney, The Who and Bruce Springsteen to headline the big game's mid-point spectacular.
The Material Girl's representatives have confirmed the news after months of speculation and revealed Madonna will be working with a creative team from circus group Cirque du Soleil for the performance.
A statement reads, "We are happy to confirm that Madonna will perform in the Bridgestone Super Bowl Xlvi Halftime Show at Lucas Oil Stadium in Indianapolis on Sunday, February 5... The Material Girl has partnered with a creative team from Cirque du Soleil, Jamie King, and multimedia artists from Moment Factory, to create a signature performance for the Super Bowl's Halftime Show, which will be broadcast worldwide."
Madonna previously agreed to play the Super Bowl in 2000 but was forced to pull out due to a scheduling conflict.