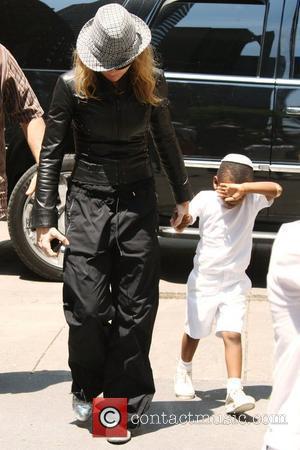 Madonna's upcoming concert in Poland has been thrown into jeopardy after a Catholic group announced plans to protest the show.
A committee is hoping to keep the Material Girl from taking to the stage in Warsaw on 15 August (09), which coincides with the Assumption of Mary feast - a holy date in the Catholic Church.
A Catholic Society representative maintains the controversial pop star's shows on her Sticky & Sweet tour are anti-Christian and would conflict with the religious celebration.
The group has urged Polish government officials and tour promoters to cancel the show - but if the performance goes ahead, the assembly has promised to "stifle Madonna" by staging a picket line outside the venue.
The Catholic protesters aren't the first to take issue with Madonna's current tour - last month (May09) Russian officials demanded she promise not to blaspheme at her August concert in front of the country's oldest museum.