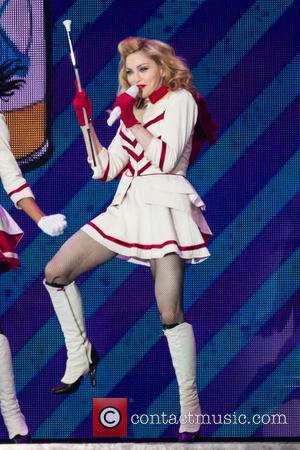 Pop superstar Madonna enjoyed a private visit to a top art museum in Florence, Italy last month (Jun12) after offering bosses big money to close the venue's doors to the public.
The Material Girl hitmaker spent hours wandering around the Uffizi Gallery with her 15-strong entourage on 17 June (12), a day after her concert in the city.
The group, which included Madonna's dancer boyfriend Brahim Zaibat and her 11-year-old son Rocco, were guided through the 16th century museum by Cristina Acidini, the official in charge of all state-owned art treasures in Florence.
She says, "Madonna was very interested in the works of (Sandro) Botticelli, but also in the explanations about the paintings involving pagan and sacred myths."
It is not known exactly how much Madonna had to pay to close the museum for the private tour.