Madonna threw an after-party to celebrate her daughter's performance as Betty Rizzo in her school production of 'Grease'. 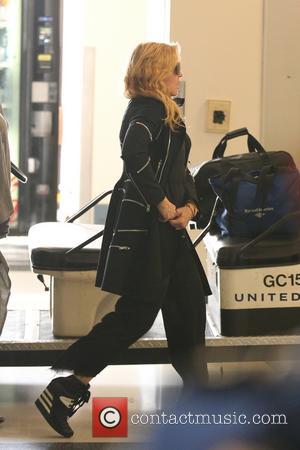 Madonna threw an after-party to celebrate her daughter's performance in her school production of 'Grease'.

The 'Girl Gone Wild' hitmaker took her daughter Lourdes Leon - her child with Carlos Leon - and 10 of her friends to an ''apres-ski themed'' lounge at the Hudson Hotel in New York City after she watched the 17-year-old budding fashion designer take to the stage for the show staged by LaGuardia High School.

The teenagers indulged in non-alcoholic beverages, since the legal drinking age in America is 21, while Madonna opted for champagne.

A source told the New York Post newspaper: ''Madonna toasted with champagne. The kids all had pink lemonade.''

Madonna attempted to keep a low-profile as she watched the musical with her other children, Rocco, David and Mercy and wore ''sunglasses for the whole show''.

Lourdes who was cast as Betty Rizzo in the iconic musical won rave reviews for her performance.

A source previously said: ''[She was] really good. The show was completely sold out, and people were scalping tickets beforehand.''

The insider added: ''Lourdes is a great singer, dancer and actress and seemed completely comfortable on the stage. She also seemed like she was having a lot of fun with the part.''