Madonna should always take risks with her dancing and should never have less routines in her live shows, says breakdancer Lilou - who joined her on her 2012 'MDNA Tour'. 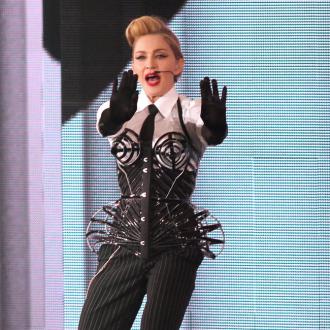 Madonna should not stop dancing because it is integral to her stage act, says breakdancer Lilou.

The Algerian b-boy joined the 55-year-old pop superstar on her 2012 'MDNA Tour' as a dancer and choreographer.

Although the 'Material Girl' singer attracted some criticism for her raunchy dancing during her last run of shows, Lilou wants her to stay edgy when it comes to dance because she is famous for it

He said: ''Madonna shouldn't stop dancing because it is a part of her act.''

Even though he is an expert at breakdancing and a two-time winner of the Red Bull BC One All Star competition and a two-time World Final Champion, Lilou insists he learnt a lot from working with Madonna.

The 29-year-old dancer's first performance with Madonna was when she played the Super Bowl XLVI halftime show in February 2012 and he admits he felt the pressure of dancing in front of such a large crowd and millions of TV viewers.

He explained: ''I was a little bit stressed at the Super Bowl because it was the first time I performed with Madonna. Our part was quite risky because we had to carry Madonna and we were dancing on benches, so there was a lot of risk. You couldn't mess up.''

Lilou will be competing at the Red Bull BC One World Finals - the world's leading one-on-one B-Boy World Championship - in Seoul, Korea, on November 30

The organisers are commemorating their 10-year anniversary this year and they are inviting back all of the eight previous winners to compete against each other. Lilou is the only person to have won twice and he cannot wait to test his skills again.

He said: ''I'm very excited about it because it will be a good competition this year with good dancers and all of the champions here, so it will be intense.''

The Red Bull BC One competition will be live-streamed on Redbullbcone.com