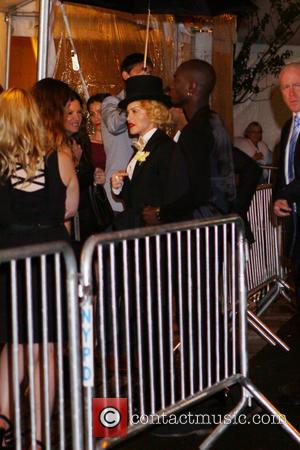 Madonna, Sir Paul McCartney, Yoko Ono and Bruce Springsteen are among the stars who have teamed up with Amnesty International officials to call for the release of two jailed members of Russian punk band Pussy Riot.

More than 100 top musicians, including Adele, U2, Radiohead, Patti Smith, Sting and Ke$ha, have signed an open letter addressed to Russian authorities, urging them to set Nadezhda Tolokonnikova and Maria Alekhina free.

In the letter, the celebrity activists claim the impact of the punk rockers' "shockingly unjust trial and imprisonment has spread far and wide", especially among their "fellow artists, musicians and citizens around the world".

Tolokonnikova and Alekhina were sentenced to serve two years behind bars last August (12), after they were found guilty of hooliganism for organising a protest concert in a Moscow church in February, 2012.

They were denied parole earlier this year (13), but both have appealed the rulings and hearings are set for later this week (begs22Jul13).

A third member of the group, Yekaterina Samutsevich, was also convicted for her part in the gig, but her sentence was suspended last October (12) and she was released.

Many of the artists who added their signatures to the Amnesty International campaign have previously voiced their support for the feminist rockers, with Madonna, MCCartney and Ono paying tribute to the women during concerts.