Madonna and The Celebrities Who Love 'Game of Thrones'

Like the rest of us, celebrities just can't get enough of 'Game of Thrones'.

Are you a ‘Game of Thrones’ addict? Well if you are you’re in pretty good company. The hit show has spawned legions of fans and among them are more than a few famous faces, all of whom are very eager to share their obsession with the show.

At the weekend Madonna celebrated Jewish holiday, Purim, by dressing up as Emilia Clarke's character Daenerys Targaryen. The singer posted a picture of herself on Instagram in a blonde wig and brown buckled corset with the caption ‘"Happy Purim!!!!! All Hail All Queens! ##certainty.” The Queen of Pop certainly made a rather startling transformation into the Mother of Dragons, but she’s not the only celebrity to public show her admiration for the programme. 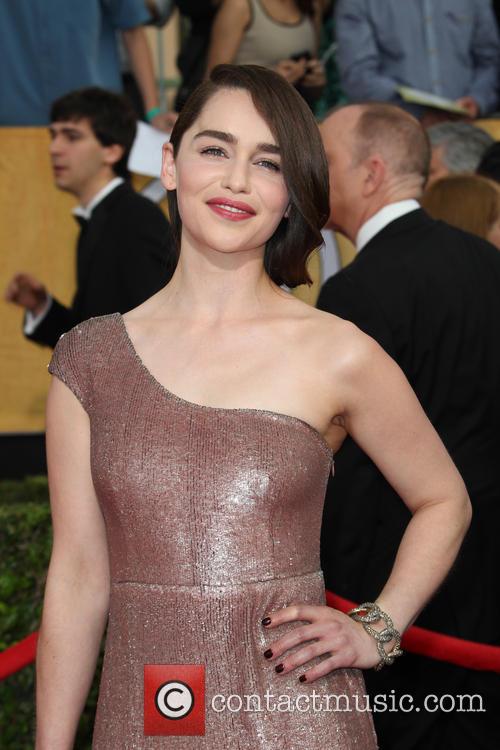 Frodo himself Elijah Wood is also a big fan and even got the chance to tour the set when he visited Northern Ireland. Actress Amanda Peet also has an obsession with the show, but lucky for her she’s married to the show's co-creator David Benioff. Actually it’s really lucky considering she described her obsession by saying, ‘I'm like a coke addict for' Game of Thrones', David's like my drug lord. When he brings home dailies, I'm like shaking in the corner.’

Indeed some celeb obsessions are so much that the production team have felt obliged to honour some famous fans with ‘Game of Thrones’ themed gifts. Take ‘Twlight’s’ Anna Kendrick for example. She was the envy of many fans when she was sent a wooden chest that also plays the show’s theme tune (wow!) and it's personalised. Of course Anna duly instagrammed her gift showing her appreciation and well - just showing off. Another star who likes to show off their GOT swag is ‘Hunger Games’ star Elisabeth Banks, who’s posted pictures of herself with her special edition box set on her blog.

Of course when an episode is on, Twitter is awash with fan reactions and celebrities like to get involved as well. Known ‘Game of Thrones’ tweeters include, Seth Rogen ‘American Pie’s’ Jason Biggs, Zac Braff, ‘Castle’ star Nathan Fillion (who once indulged in the theme tune during a Q&A session) and Kirsten Bell, who beat Madonna by dressing as Daenerys Targaryen first, when she did it last Halloween, with husband Dax Shepard going as Khal Drogo. It’s not just actors either, Joe Jonas, Ed Sheeran and rapper Frank Ocean have all tweeted about the show.

Of course all the celebrity endorsements don’t matter much when you can count the president of the United States as a fan. Yes Barrack Obama enjoys ‘Game of Thrones’ so much he is said to have asked HBO bosses for advance copies of the epodes. Now if that isn't taking advantage of your position I don’t know what is.

So the ‘Game of Thrones’ army of fans can count Madonna and president Obama as members, that’s a pretty awesome achievement. We just cant wait to see them indulging in a bit of cosplay in a comic con queue soon. Unlikely, but still, we can dream.

More: Madonna dresses up as 'Game of Thrones' queen for Purim