Love her or hate her, you can't deny that Madonna is and always has been a stunningly beautiful woman. Meanwhile, she has also always been the centre of controversy with her bold looks and daring career moves. And that's not looking to change anytime soon as she causes quite a stir with a series of lingerie shots on Instagram. 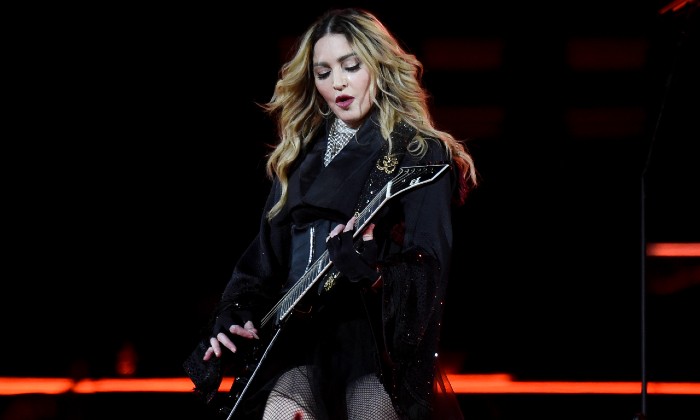 Clad in what appears to be leather and lace underwear (and a cap), the Queen of Pop looked sensational in her Instagram shots (indeed, judging by his thirsty reply, Snoop Dogg thought so too).

"And Now For A Moment of Self Reflection", she captioned the images, signing off under her latest moniker "Madame X".

But all anybody seems to want to do is comment on the likelihood of the use of Photoshop on the images; a point that doesn't get brought up nearly enough in comparison when a younger celebrity unveils nearly nude selfies, despite the fact that pretty much anyone who uses the platform to post model-esque shots uses a combination of filters and airbrushing.

So why is Madonna being especially derided for it? Because she's no longer a 25-year-old and so she should be curled up in a armchair with a basket full of knitting not flashing her under garments to the world - at least, according to the tabloids.

News outlets didn't hesitate to point out her age in their headlines; whether it's meant as a low-key dig, or just surprise that she looks that good at her age, it only perpetuates the fact that we all still think of over 60s as doddery old grandmas when modern advice on healthy living, an ever shortening gap between the young and old minds (thank you, internet) and today's generation of women refusing to conform to the standards of womanhood that a patriarchal society has been enforcing for centuries tells us that they really needn't fit this stereotype anymore.

This time the Madonna 62 article was so fast. Thank you dailyfail https://t.co/aF8BGFQdbf

Madonna displays all the youth that she has always had, because that's exactly how people should be. Nobody really loses that essence of youth and vitality from our young adulthood just because of how many years we've been alive or what our bodies look like. And yet society still feels uncomfortable watching women over 30 baring flesh or displaying any kind of sexuality.

Despite being a legend in her pop career, Madonna has experienced ridicule since the 90s. And while nothing has stopped her dressing exactly how she likes and making potentially controversial decisions, it's about time we gave her a break. Older women are just as beautiful as younger women and, frankly, there's no age limit on sexy.

Everyone who makes ageist jokes about Madonna now because she’s over 60 really share the same energy with people who called her old at the age of 35 back in the 90s.Y’all not as cool as you think you are cuz you’re on the wrong side of history. pic.twitter.com/rY2xW9LOTs