The star was pictured getting into a car with blue and red flashing lights installed on the dashboard, which tricked fans into believing it was an unmarked police vehicle.

Madonna has been accused of using a ‘fake’ police car to cut through busy traffic after her London O2 Arena gigs earlier this week, apparently in a rush to make it back to her West London home.

Pictures taken by some fans outside the venue in the south-east of the city, where Madonna had performed on Tuesday and Wednesday (December 1st & 2nd) on the latest stop of her Rebel Heart tour, which seem to show the singer getting in the back of a chauffeur-driven car that had red and blue lights mounted on the dashboard. 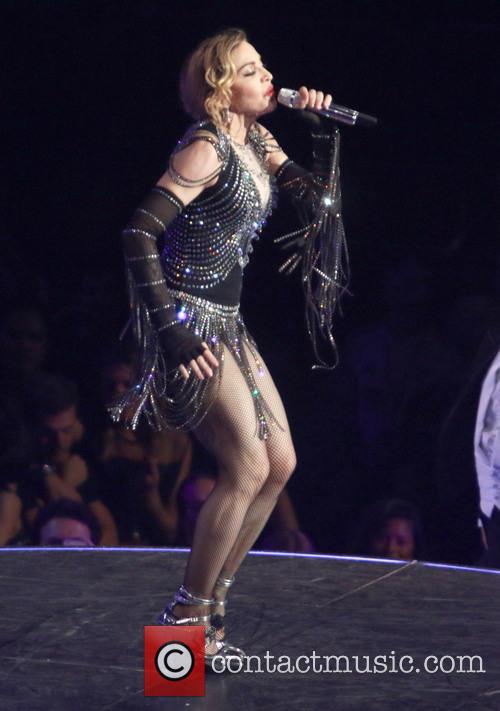 Madonna performing on the 'Rebel Heart' tour in 2015

According to Nicola Fahey writing for The Sun, car-bound fans queuing to get out of the congested arena car parks at 11pm after the gig finished were therefore forced to get out of the way, believing Madonna’s vehicle to be an unmarked police car.

More: Madonna invites Graham Norton to dance onstage with her during London show

One eye-witness told The Sun: “Nobody was moving, then all of a sudden there's this huge commotion and I saw flashing lights and heard a horn beeping. Then I saw a car and we figured it was an undercover cop. It was beeping so all the traffic let it through.”

“Some drivers were really annoyed. Then I looked into the car and saw Madonna. She's being driven out with a flashing light sat on the dashboard.”

It’s a criminal offence to install such lights on a car, as it technically constitutes impersonating a police officer, and drivers (but not passengers, as Madonna was in this instance) can face up to six months in prison if convicted. Police sources also apparently told the author of the original story that unmarked police units do not have such lights installed on their dashboards.

Madonna’s representatives have not made any comment about the incident at the time of writing.

More: Madonna to star in her own TV show?