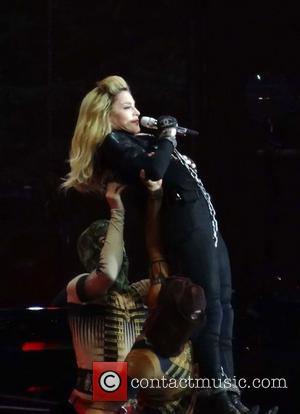 Try as Madonna might to have us believe it, the 53 year-old can't go on forever at the top of the pop world, and the signs that she might not be the same top drawer star she was years ago started to creep in at Hyde Park in London with a lacklustre performance that saw some attendees label as "the worst gig they'd ever been to" with many more hundreds also leaving the show early. To make matters worse for Madge, tickets for the event - which in the past you'd have expected to sell like hot cakes - failed to sell out, with many being put off by the 77gbp price for an outdoor gig in the traditionally unpredictable British summer.
Madonna has long since replaced getting by on the quality of her actual songs with provocative dancing and visuals, something that might be more impressive if it was being done by someone half her age. As it is the whole thing smacks of a desperation to stay in the limelight, and not even a desultory strip tease could win fans over. The Daily Mail reports that one Tweeter commented "I mourn those vintage Madonna days ... where potty mouth and violent imagery wasn't necessary. Just good vibes and great music!" whilst another said "When Madonna has concerts in her 50s where she strips herself on stage, you know her career is as dead as myspace."
Adding to the woes too was the fact that Hyde Park has been having difficulty all week after Bruce Springsteen's weekend show was criticised for being too quiet, with officials also pulling the plug on him at 10.30pm. Fans similarly struggled to get into Madonna last night owing to sound issues, whilst the early finish rankled a few too.