Mick Jagger's daughter Georgia May Jagger gets her style inspiration from Madonna. 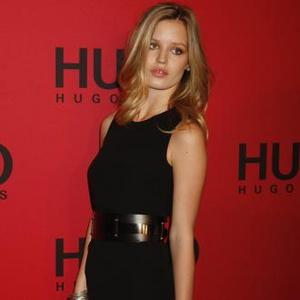 Georgia May Jagger gets her style inspiration from Madonna.

The 20-year-old daughter of Rolling Stones frontman Mick Jagger and former supermodel Jerry Hall, revealed that the singer is her fashion icon.

The face of the Autumn 2012 Material Girl marketing campaign said: ''I had so much fun shooting this campaign.''

The photo shoot took place at the rehearsal for Madonna's MDNA tour at Nassau Coliseum in May.

She added that her experience growing up on tour with her father enabled her to channel what Madonna and her daughter Lourdes has in mind for the line of clothing's new season.

She said: ''I spent a lot of my childhood backstage hanging out around amps. That was where we chilled when we were younger.

''So this photo shoot brought back a lot of memories. I have always admired Madonna's music and style; she is constantly reinventing herself.''

Georgia May said in a recent interview: ''I do think it represents Madonna's style when she was younger. Girls my age are still trying to do it. It's all youthful and fun and carefree style that she's known for.''