The production wizard can't understand why some people want to see Madonna fail, talking about the comparative underperformance of her new album 'Rebel Heart'.

Diplo has given a new interview in which he passionately defends his sometime musical collaborator Madonna, claiming that “no one seems to want her to succeed”.

The 36 year old DJ and producer was speaking with Rolling Stone magazine, and claimed that it was bizarre that there was such animosity out there for the pop veteran, considering the vast influence’s had upon popular culture in the last 30 years. 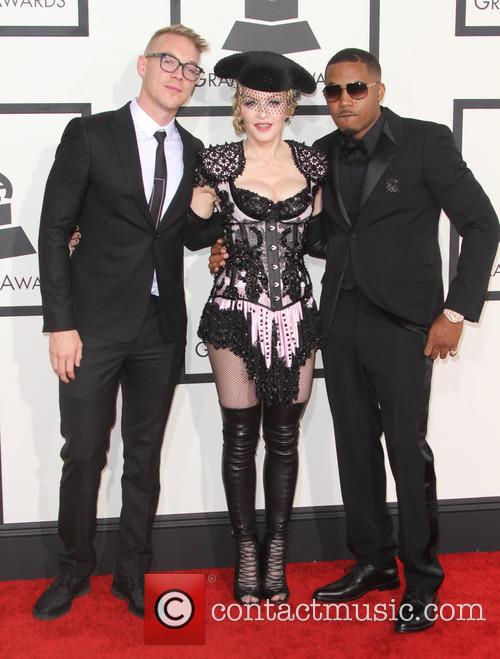 “She created the world we live in,” he said. “It already sucks to be a woman in the music industry, but to be a boss woman is even harder. She sold out her tour in minutes, but no one seems to want her to succeed… …'Madonna, we've been there, done that, now we're about Kim Kardashian.'”

Madge’s latest studio album Rebel Heart, released back in March, has indeed significantly underperformed in commercial terms when compared to previous releases. It missed out on the Number One spot on both sides of the Atlantic, becoming the first of her albums to do so since 1998’s Ray of Light. It has also not yet reached the platinum sales landmark, though this might be to do with the online leak the album suffered several months ahead of its release.

Diplo, who helped produce Rebel Heart and appears in the ‘B**** I’m Madonna’ video, continued: “Her song 'Ghosttown' was a guaranteed Number One for anybody else, but she didn't get a fair shot. With 'B**** I'm Madonna,' everyone said there's no way it will go anywhere, but I'm like, 'Screw it, it represents you more than anything.'”

The EDM star also clarified his recent Twitter feud with Taylor Swift, saying that they’d smoothed things over easily and that the spat was only really taken to heart by her fans. “We squashed it! I saw her at the Grammys and she was supernice and cool. Her fans loved the beef, though. That's all they have - they don't have, like, real things going on.”

About social media, Diplo seems to have a distinctly ambivalent attitude. “It's still startling when these artists pay attention to my Twitter. Like, Ed Sheeran unfollowed me when I said something about Taylor - I can't believe these people even know who I am.”