Anderson Cooper – as a prominent and gay figure in the media – was handed a gay media watchdog honour last night by staunch campaigner for equality, Madonna.

"Love thy neighbor as thyself," said the singer, denouncing homophobic bullying, which can ruin lives. "It's an atrocity to me, and I don't accept it," she added, before handing the Vito Russo Award to Cooper. “I am only here tonight because I've benefited from what they and so many others have done," he said, having been openly gay since last summer, and referring to activists like Russo and Larry Kramer. He added: "being gay is certainly one of the greatest blessings" of his life, saying that "it opened my head and heart in ways that I never could have predicted." Previous winners of the award are Suze Orman, Rosie O'Donnell, Elton John and Tom Ford. The ceremony doesn’t only celebrate those who are openly gay in the media, and help make strides for equality, but it also outs the openly homophobic or closed-minded. Film director Bret Ratner received the ignoble Ally Award – not a coveted prize – after he used a derogatory word for homosexuals during a press conference surrounding the Oscars almost a year ago. 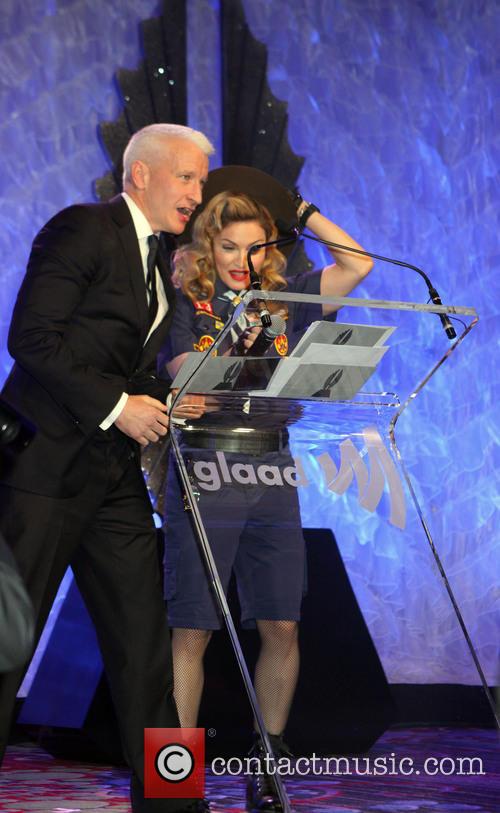 Anderson Cooper and Madonna at the awards