The 2018 MTV VMAs were finally handed out last night but rather than the event being a cause for celebration, many people are unhappy with how everything went down. From the winners to the speeches, there was little that inspired Video Music Awards viewers this year. Ratings are not expecting to be at an all time high.

For a start, plenty of people have taken to Twitter to complain about Camila Cabello winning Video of the Year with 'Havana' rather than Childish Gambino's 'This Is America' taking the prize. For a video that managed to win Video With a Message, Best Direction and Best Choreography, you would have thought Video of the Year was a given for Donald Glover.

There was also the fact that Cabello dedicated her award to Madonna, which wouldn't ordinarily be a problem except that no-one liked the Queen of Pop's tribute to Aretha Franklin. Viewers branded her 'disrespectful' and 'self-indulgent', and accused her of using the tribute to talk about her own career. It probably didn't help that she actually uttered the words 'B***h, I'm Madonna' either.

'Aretha Louise Franklin changed the course of my life', she said, opening her monologue. Less than half the speech actually referenced Aretha, though, as she spoke about how singing '(You Make Me Feel Like) A Natural Woman' a cappella got her through a crucial audition when she was younger. 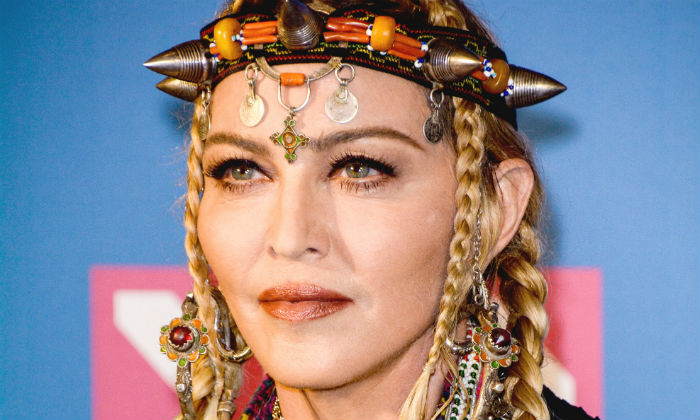 'I could see that they did not take me seriously - and why should they? Some skinny ass white girl is going to come up here and belt out a song by one of the greatest soul singers that ever lived?' She said. 'None of this would've happened - could've happened - without our lady of soul. She led me to where I am today and I know she influenced so many people in this house tonight, in this room tonight, and I want to thank you, Aretha, for empowering all of us. R-E-S-P-E-C-T. Long live the queen.'

Meanwhile, people also don't like that Camila Cabello won Artist of the Year when the favourite was Cardi B. The latter went home far from empty-handed, however, and did manage to scoop the prizes for Best New Artist, Song of Summer with Bad Bunny and J Balvin ('I Like It') and Best Collaboration with Jennifer Lopez and DJ Khaled ('Dinero'). Speaking of which, J-Lo also took home the coveted Michael Jackson Video Vanguard Award.

Other big winners were Jay-Z and Beyonce as The Carters with their video 'Apes**t', which won Best Cinematography and Best Art Direction, while Post Malone's 'rockstar' featuring 21 Savage landed Song of the Year and Ariana Grande's 'No Tears Left to Cry' got Best Pop Video.

More: Video of the Year winners from the past 10 years