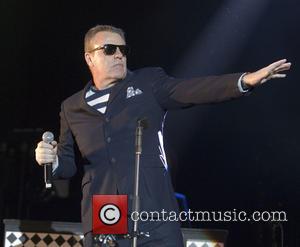 The percussionist was one of the seven original members of the ska band when they formed in the late 1970s, and he was the main architect of their comeback in 1992 after they split up six years earlier (86).

He is currently preparing for the release of his solo album A Comfortable Man, sparking speculation he is walking away from Madness, and Smash fuelled the rumour mill in October (14) by telling an interviewer he was thinking of quitting the band.

Now Smash, real name Cathal Smyth, has hinted the gossip is true, telling Mojo magazine, "That was in an article. Like I say, a beautiful conclusion!... The new story of me is that I'm in a good place. I'm enjoying being me. I'm not fighting within the band for my voice, because I've got my voice. I saw (Madness keyboardist) Mike Barson at (my solo) gig which was really nice. It sounds egotistical but I know I'm the spirit of the band, I bring the joy element."