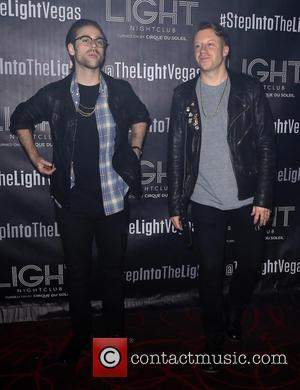 The Same Love hitmaker announced in January (15) that he and his partner of over eight years, Tricia Davis, were expecting a baby together, and reports suggest the couple welcomed a daughter last month (May15).

Macklemore has yet to comment on the news, but he recently posed for pictures with two young neighbours near his Seattle, Washington home while wearing a baby carrier as the tot sleeps against his chest.

The image, posted on Instagram.com last week (04Jun15), was captioned, "Look who we just met! Congrats on your new baby!!!!"

The couple became engaged in early 2013.