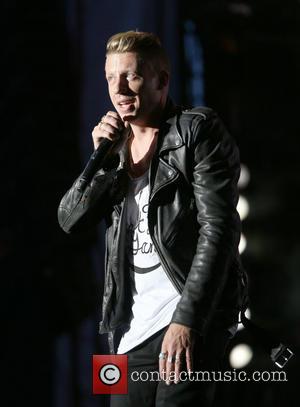 Rapper Macklemore is expecting his first child with his fiancee.

Introducing the footage, MACklemore writes, "We wanted to share the news with you ourselves... Love Ben & Tricia".

The clip opens with the message, "Today the media speculated about some big news in our life, so we decided to share it with you ourselves."

Images then appear of the happy couple's first ultrasound visit, with the parents-to-be kissing and holding hands as the hip-hop star's mother, Julie, looks on.

The video, co-produced by MACklemore's producer partner Ryan Lewis, also reveals the child is due in May (15).

The couple became engaged in January, 2013 after seven years together.