The rapper accuses the two stars of appropriating black culture in the new track. 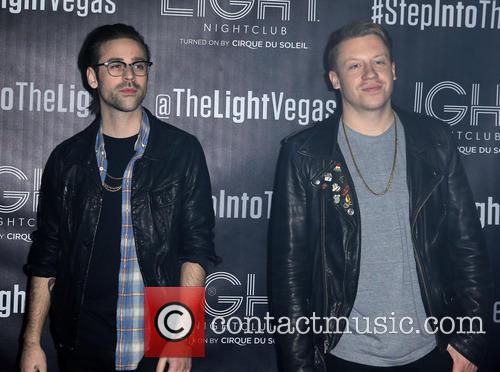 ‘Take all we want from black culture, but will we show up for black lives?’, Macklemore raps before turning his attention to artists who have been accused of appropriating black culture. ‘You've exploited and stolen the music, the moment/ The magic, the passion, the fashion, you toy with/ The culture was never yours to make better.’

‘You're Miley, you're Elvis, you're Iggy Azalea/ You've heisted the magic / You've taken the drums and the accent you rap in/ Your brand of hip hop is so fascist and backwards that Grandmaster Flash is gonna slap you, you bastard.’

The nearly nine minute long track also features guest vocals from Chicago poet-vocalist Jamila Woods. Responding to a fan on twitter who asked Azalea if she’d heard the track, the Australian-born rapper commented: ‘He shouldn’t have spent the last 3 yrs having friendly convos and taking pictures together at events etc if those were his feelings.’

In a statement accompanying the song, Macklemore wrote, ‘This song is the outcome of an ongoing dialogue with musicians, activists, and teachers within our community in Seattle and beyond. Their work and engagement was essential to the creative process.’

‘As a company (Macklemore & Ryan Lewis LLC), we are committed to a long-term investment of our time, resources, finances and creative capacities towards supporting black-led organizing and anti-racist education & discourse.’

More: Baby News Or Why Macklemore's Been Off The Radar Recently

‘We are engaging with four initial organizations and collectives whose work inspires and informs us: Black Lives Matter, People's Institute for Survival and Beyond, Youth Undoing Institutional Racism & Freedom School and Black Youth Project 100.’

‘We will continue to find ways in which we can leverage our platform and network towards strengthening the work of organizers and initiatives framed by genuine racial and social equity.’ ‘White Privledge II’ appears on Macklemore and Ryan Lewis' new album, This Unruly Mess I've Made, due out on February 26th.