Despite Macklemore’s protestations that his pick ‘n’ mix costume was simply a random guise, not intended to portray a racial stereotype in any way, shape or form, it sort-of-has been construed as a racial stereotype – you know; the ones the Nazis used with a view to persecuting Jews. Those ones. During ‘Thrift Shop’. 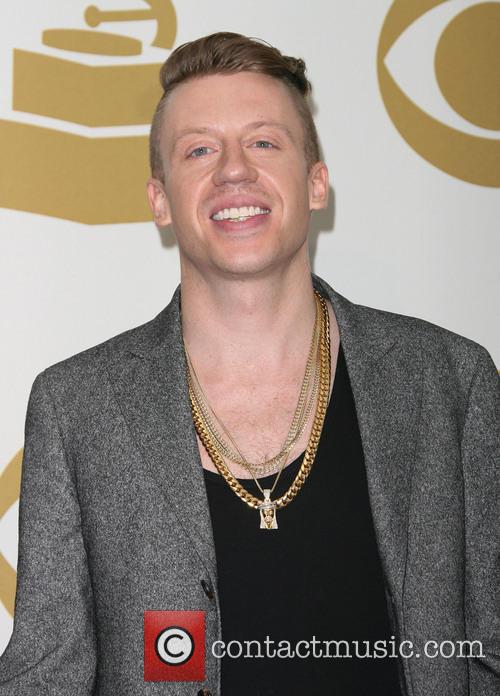 Mackelmore is facing fierce criticism for his choice of fancy dress

“A fake witches nose, wig, and beard = random costume. Not my idea of a stereotype of anybody,” read a defensive Tweet from Macklemore whom – we assume, because we have to – thinks that apologising would be an admission of guilt. We’re assuming that because of the lack of apology, by the way. We haven’t had a chat about it, us and Mack.

But apologising doesn’t have to mean he did it on purpose; he could simply express his contrition for inadvertently hurting peoples’ feelings, which he may-or-may not have done, given that most of the media backlash is just that, a media backlash. Some pictures are just ridiculously incriminating, though.

Check out @macklemore performing “Thrift Shop” as a stereotypical Jewish man. So much for same love, eh? pic.twitter.com/yZ19QmxIV0

It’s still difficult to justify walking out in fancy dress that even faintly resembles a pejorative representation of the Jewish people - even more so when you’ve sold millions of records and can’t walk down the street without someone trying to make a profile picture out of you.

Macklemore is a man of intense social awareness it would seem; he’s opened up about various aspects of his own drug abuse, and spoken out in support of LGBT rights, condemning homophobia in mainstream hip-hop, society, and mass media. So it’s totally believable that this was an honest mistake. A small act of penitence, though, would probably go a long way towards stitching up this rare tear in his reputation.

Watch the video for Macklemore's 'Rise to the Top'