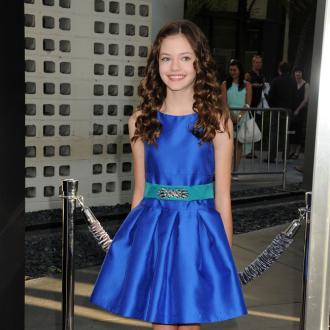 Mackenzie Foy has joined the cast of 'Interstellar'.

It is not yet known what role the 12-year-old starlet will play in the time-travelling movie, which follows a team of explorers who travel through a wormhole into another dimension.

The mysterious plot is said to be based on physicist Kip S. Thorne's theory about the existence of wormholes.

The film was originally conceived by Steven Spielberg in 2006, with Christopher's brother Jonah Nolan penning the script. However, when Spielberg left the project, 'The Dark Knight Rises' helmer Christopher stepped in to take his place.

The brothers have collaborated together on multiple films, including the Batman trilogy and mind-boggling thriller 'Memento'.

Foy has been making a name for herself in Hollywood in recent months. She can next be seen in horror flick 'The Conjuring' and is due to voice a role in an animated adaptation of classic story 'The Little Prince'.