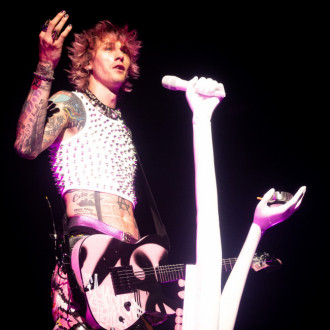 Machine Gun Kelly paid tribute to the late Chester Bennington at his concert at Wembley's OVO Arena in London at the weekend.

The 'more than life' star looked visibly moved as he spoke of the last time he saw the Linkin Park frontman in Europe, before his shock suicide in July 2017 aged 41.

He told the sold-out crowd at his 'Mainstream Sellout' concert on Saturday night (01.10.22): "We had a tour that we were about to start and three days before we started that tour, Chester passed away.

"The last time I saw him was here in Europe so I encourage you, because life is short, to go and live this life, I know it's hard, but nights like tonight make life worth it.

"I hope when you leave here, you find more nights like this and to live this short life. I love you very much."

Meanwhile, the rap rocker - whose real name is Colson Baker - had special surprises in store for fans with the 'Dirt' star joined on stage by London rap legend Skepta, 40, for a rendition of the MC's 'Praise the Lord', his song with A$AP Rocky.

And fellow rocker Yungblud, 25, came out to perform ‘Acting Like That’ and ‘I Think I’m Okay’.

MGK - whose actress fiancée Megan Fox has joined him on the jaunt - recently shared that this is the first European tour for his 13-year-old daughter Casie.

He captioned an Instagram carousel of the trip so far: "it’s my daughter’s first Europe tour. (sic)"

The tour continues at Birmingham's Utilita Arena on Tuesday night (04.10.22).

MGK - who was only 18 when Casie was born to him and ex-girlfriend Emma Cannon - often takes the teen to events with him as his plus one. 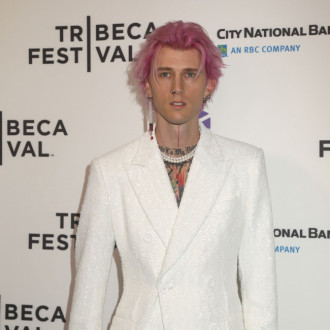