Macaulay Culkin has moved to Paris and is living with rocker Pete Doherty. 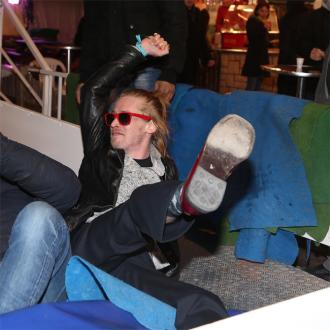 Macaulay Culkin has moved in with Pete Doherty.

The 32-year-old actor and the former Libertines rocker first met when they made the ketamine-influenced movie, 'The Wrong Ferrari', together a few years ago and struck up a friendship.

The pair have now grown so close Culkin - who shot to fame as a child star in comedy movie 'Home Alone' - has relocated to Paris, France, to enjoy the ''bohemian'' lifestyle with his pal.

Speaking to The Sun newspaper, a source said: ''Macaulay and Pete may seem an odd couple but they've got loads of interests and life experiences.

''They bonded over their love of poetry and art. Macaulay can't get enough of listening to Pete waxing lyrical about his painting a music.''

Culkin has apparently told Doherty he will never act again as he wants to focus on becoming a full-time artist in the romantic French capital.

Doherty is a self-confessed heroin and crack addict and last July he was thrown out of a rehab clinic in the Far East because he was having such a damaging effect on the other patients.

Both stars have had colourful love lives with the 'Can't Stand Me No' singer famously dating Kate Moss, while Culkin was previously in a long-term relationship with Mila Kunis.