Lupita Nyong'o appears on the November front cover of Grazia.

Actress Lupita Nyong’o has accused Grazia magazine of photoshopping her hair after she appeared in a shoot for the front cover of the publication’s November edition.

The 34 year old Queen of Katwe star said she was “disappointed” that the fashion magazine changed her hairstyle to “fit their notion of what beautiful hair looks like”.

The image on the front cover seems to show Nyong’o with a tightly cropped hairstyle, but she called out the editors of the magazine because she had actually had her hair in a ponytail, which was scrubbed out digitally.

Taking to Instagram on Thursday night (November 9th), the Oscar-winning star of 12 Years a Slave said: “I embrace my natural heritage and despite having grown up thinking light skin and straight, silky hair were the standards of beauty, I now know that my dark skin and kinky, coily hair are beautiful too."

The Kenyan-Mexican star said that, if she had been consulted about the shoot, she wouldn't have supported the “omission of what is my native heritage” and that there is “still a very long way to go to combat the unconscious prejudice against black women's complexion, hair style and texture.”

“Being featured on the cover of a magazine fulfils me as it is an opportunity to show other dark, kinky-haired people, and particularly our children, that they are beautiful just the way they are.” 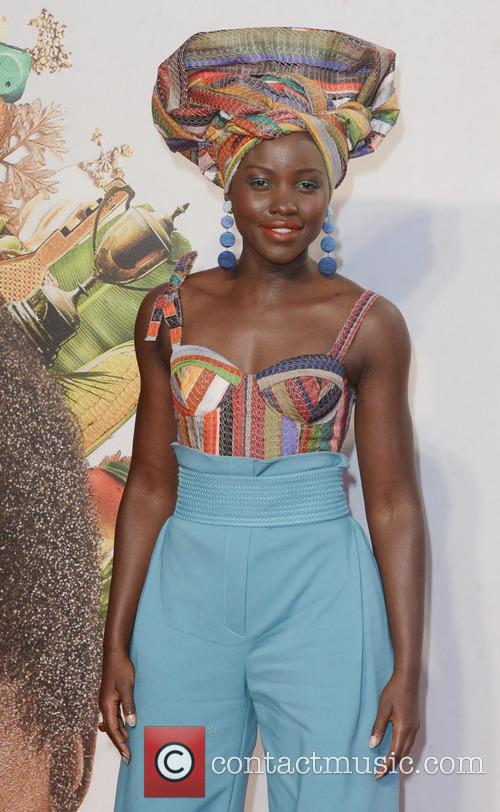 Lupita Nyong'o hit out at Grazia for airbrushing her hair

Grazia has yet to respond to the claims.

It follows a similar criticism launched by Solange Knowles last month against the Evening Standard magazine, after an extravagant braided hoop she had been wearing during a photoshoot was airbrushed out for the subsequent cover.

More: Lupita Nyong’o and Rihanna want to star in a movie together