The '12 Years A Slave' actress was magnetic at this year's PGAs: we hail a bright new star.

As far as careers in acting go, Lupita Nyong'o has had one of the most impressive yet equally short stints in the spotlight. Barely out of her twenties, the actress has excelled in her first movie role in Steve McQueen's 12 Years A Slave. Nyong'o is picking up awards and new nominations for her supporting role alongside Chiwetel Ejiofor, Brad Pitt and Michael Fassbender at an alarming rate with the golden prize - an Oscar - comfortably within her reach. The weekend's Producers Guild Awards was forced to announce a tie between 12 Years and another of 2013's biggest movies, Gravity, which meant that the films had to share Darryl F. Zanuck Award for Outstanding Producer of Theatrical Motion Pictures. Whilst the award propels the best film Oscar closer into Gravity's grasp, it also signals a seemingly unbreakable chain of wins for the slavery drama.

Though Lupita was not the recipient of an award at the more production-focussed PGAs, she was there to support Brad Pittas he collected the joint Darryl F. Zanuck Award for Outstanding Producer of Theatrical Motion Pictures. Nyong'o also presented the award for outstanding producer of documentary motion picture to the producers of We Steal Secrets: The Story Of Wikileaks alongside 12 Years co-star Ejiofor. 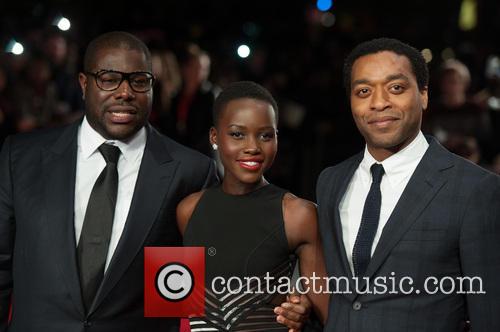 On the red carpet, Nyong'o stunned in a skin-tight, nude Stella McCartney dress and was flocked upon by big name Hollywood A-listers dying to have their moment with one of the most exciting up-and-coming stars of the moment. Leonardo Dicaprio may be seeing his own movie, comedy The Wolf of Wall Street, on a near-certain trajectory to Oscar stardom but this didn't stop the Django Unchained star from being humbled by Lupita's presence or resisting to heap the bright new star with praise, culminating in a gentlemanly kiss on the cheek. 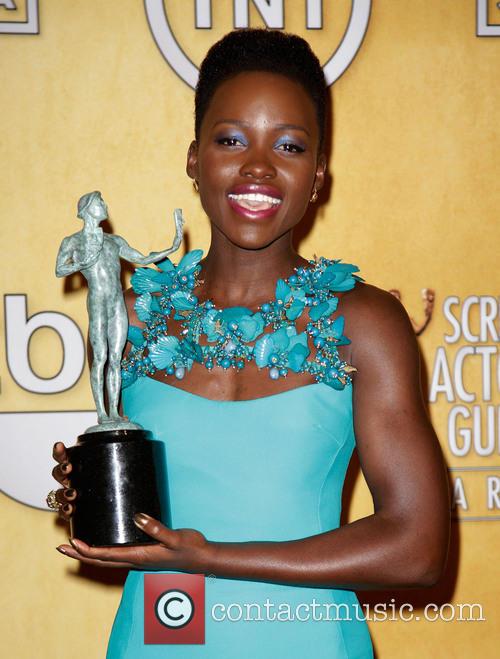 The Talented Actress Could Well Be The Recipient Of An Oscar To Add To Her Growing Stash.

Born in Mexico City to Kenyan parents, Lupita studied drama and theatre at Hampshire College then the prestigious Yale School of Drama, which saw her immediately cast as Patsey in McQueen's movie upon her graduation in 2012. Though Nyong'o boasts countless awards for the same role to date, awards season has only really just started with the BAFTAs, the Independent Spirit Awards, the London Film Critics Circle Awards and - of course - the Oscars still to come.

Whether or not any of the pending awards have Lupita's name on them or not, the actress has truly made her mark upon Hollywood this year, having caught the attention of Liam Neeson, who has cast Nyong'o in upcoming movie Non-Stop, and fashion house Miu Miu, who have selected the star as the face of their Spring 2014 fashion campaign. 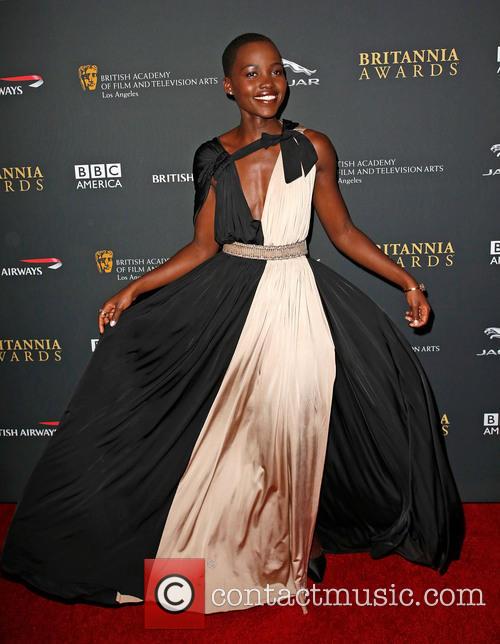