Lupita Nyong'o has discussed 'Star Wars', the Academy Awards and Shakespeare in her cover interview with Vogue. Here are 5 things we didn't know about the '12 Years A Slave' actress before.

Lupita Nyong'o has graced the cover of Vogue for the fashion bible's July cover. The 31-year-old actress looked and sounded fantastic in the pictures and accompanying interview. The relative newcomer to our screens stole our hearts with her performance in 12 Years A Slave. A year and an Academy Award later and we can't get enough of the talented and beautiful star. 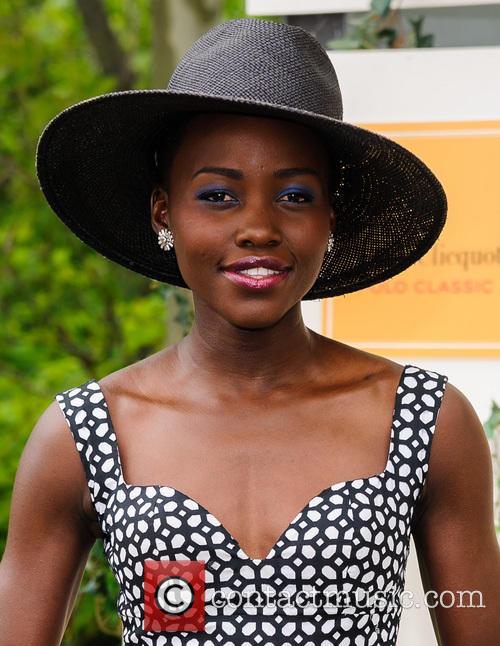 So here are five things we learned about Nyong'o from her Vogue interview:

Nyong'o's family encouraged her acting from a young age. Her aunt was an actor and her father Peter is interested in Shakespeare, a love which he instilled in his children. In the interview, Nyong'o explained how her aunt encouraged Nyong'o and the other children in her family to create plays which they would perform. She said: "My family is very close-knit. My aunt, who was an actor herself, would get all us children together to write and perform plays. I loved manipulating my parents' emotions."

2. She Felt "Numb" At The Academy Awards

The 31-year-old was nominated for the Best Supporting Actress Oscar in 2013 and was overwhelmed at even being considered. So Nyong'o wasn't prepared when her name was read out at the Academy Awards, held in March of this year, announcing that she had won the Oscar for her role as Patsey in 12 Years A Slave. She spoke of her shock and surprise during the interview, stating the announcement was "very confusing, very numbing. I was just repeating my name in my head, so I didn't know whether I had said my name or they had said my name! And then my little brother screamed, and time was suspended and it was just noise in my head."

She may have had three months to accept her incredible achievement but she is still struggling to remember the exact events on the evening of March 2nd. Nyong'o joked about reminding herself not trip in a Jennifer Lawrence type manner as she walked up the stairs to accept her award. But she's still not certain about the rest of that night's events and that "People are still filling me in on what happened after." She added "My mother says I cried during the speech; I don't believe her."

4. She Misses The Stage

Nyong'o first starring role on stage was at the age of 16 when she appeared in a school production of Romeo and Juliet as the eponymous heroine. At Yale she continued to appear in productions, continuing her Shakespearean roles. Years later and she's still keen to return to the stage in order to continue honing her craft. She said "I'm really hungry to get back onstage," and explained how "It flexes muscles that you need to do the more subtle film work."

As for Shakespeare, Nyong'o said "I thought I'd had my fill at Yale, but I guess there's nothing like the Bard!" Amongst the roles she's interested in are those in Twelfth Night and famous femme fatales Cleopatra and Lady Macbeth.

Which is fortunate as Nyong'o has been cast in the upcoming Star Wars Episode VII in a currently unknown role. Nyong'o has a great affection for the robots - R2-D2 and C-3PO - from the original movies. She discussed the characters and how they were able to voice emotions through their digital sounds. She said, "They just resonated with me. Being able to convey emotions with just a few digital sounds-it speaks of good storytelling."

She's also excited to be appearing in the upcoming sci-fi film (due to be released in 2015). Nyong'o explained how "It's a wonderful opportunity to be working in these fantastical realms. They're worlds away from 12 Years a Slave, that's for sure-but that kind of diversity is what dreams are made of."