Rapper Lupe Fiasco Has Responded To The Recent Shooting At A Historical African-american Church In South Carolina By Writing An Open Letter About The Horrors Of Racism. 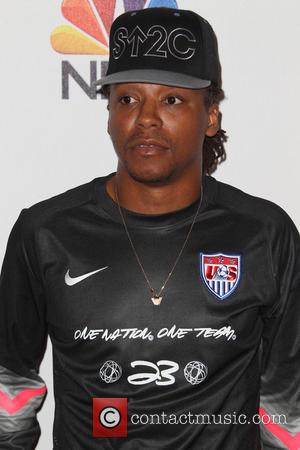 A suspect named Dylann Roof faces nine murder charges relating to the atrocity, and a shocking hate-filled manifesto, which was allegedly written by the 21 year old, has since surfaced online and features numerous pictures which allegedly show him posing with guns and spitting on the U.S. flag.

As a response, Fiasco took to Instagram.com on Sunday (21Jun15) to share his own open letter alongside photos of Roof.

In the lengthy note, the hip-hop star writes, "Dear White Supremacy. First of all you are not really that supreme. While throughout history White Supremacy it must be admitted you have achieved some very dominant positions. These positions have been gained mostly through force or some biological agent such as disease that did a lot of the dirty work for you in advance...

"There is nothing about you biologically or physically that denotes an innate mode of supremacy. For that matter there is also nothing about you psychologically, philosophically, cognitively, academically, socially, architecturally, culturally or even financially that signifies a higher position above any other group. And to be diplomatic there is nothing about you that denotes innate inferiority as well. So what you really are is something in the middle. You are regular... If you wanted to get really ironic and meta about it, White Supremacy has to validate its own identity based solely on its relationship to other races! I mean now that's what I would call joined at the hip. Without us there is no white supremacy because there would be nothing to be supreme over!"