Fact: "I thought he was so cool and I wasn't so cool. But when he met me, he said, 'You have a f**k off voice and I'm going to make a hit with you'. I always perform The Man Who Sold the World, the song that we recorded together in 1974." Scottish singer Lulu on working with one-time lover David Bowie.

Tweet: "Sad farewell to the wonderful writer Sue Townsend. Thanks you (sic) for letting me play the part of Adrian's mother!" Singer Lulu pays tribute to Sue Townsend, author of the Adrian Mole book series. Lulu played the title character's mother in Tv series The Growing Pains Of Adrian Mole in 1987.

Quote: "I am going back to singing the blues in small clubs. I haven't sung the blues since I was a teenager so that's a new challenge. I have been to New Orleans to work with an amazing team of blues musicians and I have been writing so im getting right back into that. Hopefully, some new music will be on the horizon soon." Pop singer Lulu is taking her music career in a different direction after penning a string of blues tracks.

Fact: Scottish singer Lulu has signed up as the face of a spectacles range for British opticians chain Specsavers.

Quote: "I'd love to do something like The Voice. I did American Idol and it made me realise if you have a lot of experience you can make a difference." Scottish singer Lulu is eyeing a role on the singing reality show.

Quote: "I want to record an album with him. When I saw him sing that Al Green song I was amazed." Veteran singer Lulu is keen to team up with U.S. President Barack Obama on a record after hearing his rendition of Let's Stay Together at a fundraiser earlier this year (12).

Quote: "They all relit my fire, all five of them! But no, it's not true. Jason's cute, they all are." Scottish singer Lulu dismisses longstanding rumours she had a steamy affair with Take That star Jason Orange after she teamed up with the British band for their 1993 track Relight My Fire.

Fact: Lulu and Jason Donovan surprised the crowd at Gary Barlow's show in London on Monday night (05Dec11) as they stepped onstage to duet with the star. The 63 year old joined Barlow for a rendition of Take That's Relight My Fire, while Donovan collaborated with his pal on Too Many Broken Hearts.

Fact: Scottish singer Lulu was honoured with the Lifetime Achievement prize at Britain's Woman Of The Year Awards in London on Monday (17Oct11). The 62 year old says, "I am both humbled and thrilled."

Fact: Singers Lulu, Jason Donovan and Holly Valance are among the stars set to show off their fancy footwork in the upcoming U.K. series Strictly Come Dancing.

Quote: "What's incredible is that I've survived. I think everybody thought it was fun and nobody really had any idea of how dark things would become. I was just a kid." Scottish singer Lulu is relieved she managed to avoid drugs and alcohol as a child star in the 1960s.

Quote: "I've become absolutely fixated on him. He's a real man, he's highly intelligent, he doesn't rise to the bait even when provoked. He's my ideal man." Lulu is harbouring a not-so-secret crush on U.S. President Barack Obama.

Quote: "Those outfits are torture - I could barely move! You suffer to look the part." Chaka Khan is feeling the strain of her waist-cinching stage costumes after embarking on a girl power tour with Lulu and Anastacia.

Quote: "I'll have one person to do my hair and make-up. We know what it is to work hard. In the recession you have to keep it low - no more roses on the floor." Anastacia is sticking to a budget for her upcoming tour with Lulu and Chaka Khan.

Quote: "My voice has got deeper as I've got older. When I hear my old records, I sound like Pinky and Perky." Scottish singer Lulu.

Quote: "I'll be trying to look good until I'm 80 and beyond. I never go out looking like a bag lady and I even put lip gloss on to walk the dogs. I don't wake up every morning and think, 'Oh, you gorgeous thing!'" Scottish singer Lulu refuses to go out without make-up.

Quote: "To me, feeling older is all about your attitude - if you think you're old, you'll feel old. It's important to be open to new experiences." Scottish singer Lulu, 59, reveals her secret to eternal youth.

Quote: "He is a great being. He also lives for the moment. He wants to know what's happening now. He's not bored by things. He's vital. He is very special, very dear to me." Singer Lulu on her close friend, singer SIR ELTON JOHN.

Quote: "It wasn't a marriage - it was party planning." Singer Lulu on her troubled relationship with Bee Gees singer MAURICE GIBB.

Quote: "I just don't think I'm my age. most of the time I feel 17 and then I'm shocked when I look in the mirror!" Singer Lulu refuses to believe she will turn 60 this year (08).

Quote: "I always wanted to be a hairdresser and my mother said that marrying John was all about that. Now I had my own hairdresser, I didn't have to be one." British pop star Lulu explains her 20-year marriage to celebrity stylist JOHN FRIEDA, which ended in 1995. 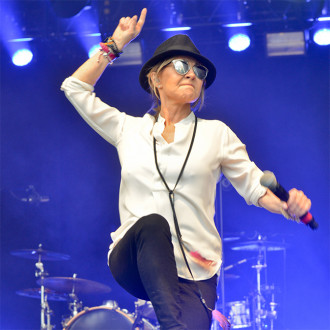