Scottish Singer Lulu Is Under Investigation By Officials At A Musicians' Union Over Claims Her Latest Track Faith In You Was Copied From Another Artist. 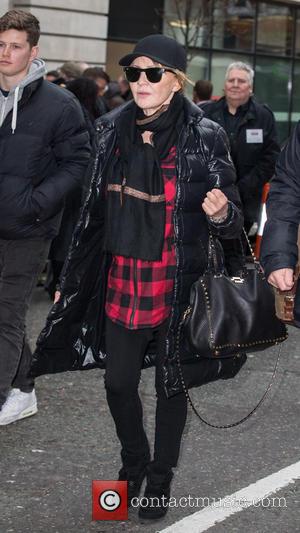 Picture: Lulu - Lulu pictured leaving the Radio 2 studio after appearing as a guest on the Chris Evans Breakfast Show at BBC Portland Place -...

Fellow Scot Dionne Hickey, 21, has taken her complaint to the Musicians' Union, a U.K. organisation which represents more than 30,000 artists, and they have launched a probe into alleged similarities between Lulu's track and her song Dum Dum Diggy (Never Let You Go).

Hickey tells Scotland's Daily Record newspaper, "It could be a coincidence but it is sung the exact same way. It would be good to know when she wrote it or who helped her... I wrote the song in July, 2014. The next day, we recorded it. It was played that month... A few weeks ago, I became aware of Lulu's song. My dad had a call from a DJ at a local radio station who thought he'd heard me on Radio 2. It turned out it was Lulu. The first line is similar and in the same key and the chorus has a few similarities too. I'm not sure if Lulu has copied my song. I wouldn't be too happy because I'm really proud of it."

News of the investigation comes just days after the Shout hitmaker spoke of her pride at writing her own songs for the first time in her 50-year career.