Luke Hemsworth would love to play Wolverine after Hugh Jackman quit the role, but the star admitted he would have to "grow some chest hair" first. 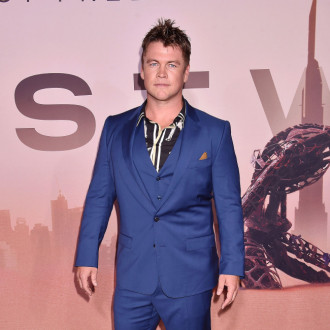 Luke Hemsworth would love to be the next Wolverine.

The 39-year-old actor is keen to follow in the footsteps of his brother Chris Hemsworth by joining the Marvel Cinematic Universe (MCU) in a permanent role, and he has set his sights on the claw-wielding superhero.

Speaking about joining the MCU, Luke - who got a taste of some Marvel action when he made a cameo in 2017's 'Thor: Ragnarok', which stars his brother Chris as the titular character - told Screen Rant: "I would love to. I grew up with them.

"I learned to draw through comic books, copying comic books since I was about 10 years old.

"Spawn was a big one. I really loved Todd McFarlane's Spawn. And then Batman - I would have fought Rob Pattinson for those gauntlets. And Wolverine!

"I'll have to grow some chest hair, but I'm ready for Wolverine."

Australian actor Jackman played the character for the final time in the 2017 movie 'Logan' and recently admitted he "knew it was the right time" to hang up his claws.

He said: "It was the right time to leave the party - not just for me, but for the character.

"Somebody else will pick it up and run with it. It's too good a character not to.

"It's kind of like, you're on your way home and your friend rings you and goes, 'Oh, dude, a new DJ just came on and the music is awesome, are you going to come back?'