Relativity Media's remake of 'The Crow' will be ''mostly the same'' as the original 1994 film starring Brandon Lee, according to star Luke Evans. 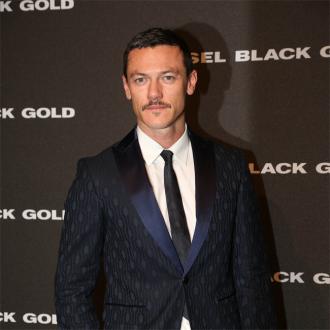 'The Crow' remake is ''mostly the same'' as the original.

He explained to ComingSoon.net: ''I'm Eric Draven. I'm the same character. Obviously, he's been refreshed and brought up to date. We're reimagining it to a certain extent, but the story and the plot is mostly the same.''

The film tells the tale of Eric Draven, who is brutally killed but returns from the grave to seek vengeance on the men who killed him.

Brandon Lee, son of legendary martial arts star Bruce Lee, originally played the character in Alex Proyas' 1994 movie, but the production was marred by tragedy when Brandon was shot and killed by a prop gun which - unbeknownst to the cast and crew - had a real bullet lodged in the barrel.

Evans says he was a fan of the original movie and paid homage to his fellow Eric Draven actor.

He said: ''It was a very poignant film from my childhood, which I remember vividly. The soundtrack, also. It was such a solid performance that Brandon Lee gave. It was a very tragic end for somebody that probably would have had a very promising career.''