Luke Evans Has No Fear Of The Crow 'Curse' 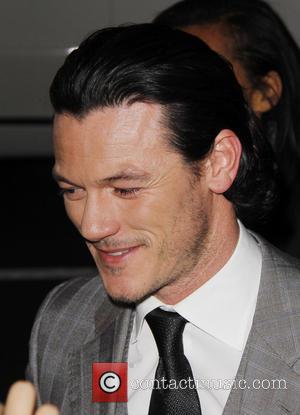 Picture: Luke Evans - Los Angeles Film Premiere of 'The Hobbit: The Desolation of Smaug' at The TCL Chinese Theatre - Outside Arrivals - Hollywood, California,...

Actor Luke Evans is refusing to be drawn into speculation a curse hangs over The Crow ahead of his remake of the ill-fated Brandon Lee film.

Lee became a cult figure after he was fatally shot when a stunt went wrong during filming of the original movie, which was subsequently released two months after his death in March, 1993.

Several other on-set accidents sparked a Hollywood myth that the shoot was cursed, but Evans, who is preparing to reprise the role of reincarnated rock star Eric Draven in a reboot, insists he has no fears ahead of filming.

He tells Britain's Metro, "I'm not one of those superstitious people. It is incredibly sad that Brandon died making the movie. He was a very talented actor. It is a very beautiful story, The Crow.

"It is a very tragic story with huge emotional themes. We plan to tell the story differently and with a lot of integrity to the original comic book."