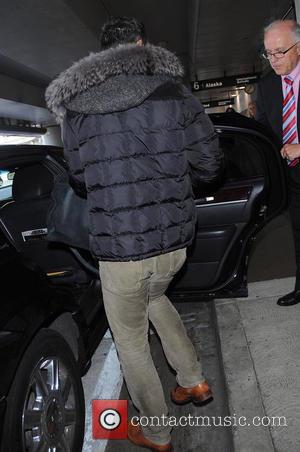 The Hobbit: The Desolation of Smaug star and Kartajarena were photographed last week (ends09Nov14) on a lunch date in New York, according to JustJared.com.

The couple was also spotted together at the amFar gala and Louis Vuitton Spring/Summer 2015 fashion show earlier this year (14).

Evans "came out" as gay in a 2002 interview with The Advocate, stating, "Everybody knew me as a gay man, and in my life in London I never tried to hide it."

However, he became more private about his dating life when he subsequently began to appear in blockbuster Hollywood films including The Hobbit and The Fast and the Furious franchises.

Earlier this year (14), the actor seemed to acknowledge his sexuality in an interview with Women's Wear Daily, where he was asked if he was setting a precedent as an openly gay action star.

He responded, "It's good for people to look at me and think this guy is doing his thing and enjoying what he's doing and (he's) successful at it and living his life. And that's what I'm doing and I'm very happy."

Evans' representative has refused to comment on the reports involving Kartajarena.