Luke Evans and Elisabeth Moss are to join Tom Hiddleston, Sienna Miller and Jeremy Irons in upcoming thriller 'High-Rise' based on the J.G. Ballard novel of the same name. 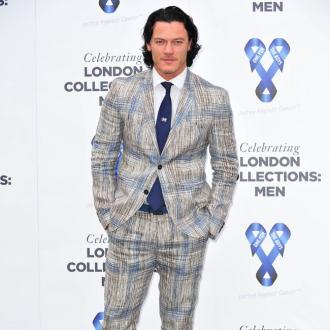 Luke Evans and Elisabeth Moss have joined the cast of 'High-Rise'.

'The Hobbit: The Desolation of Smaug' actor and the 'Mad Men' star have both signed on to join Tom Hiddleston, Sienna Miller and Jeremy Irons in the upcoming thriller to be directed by Ben Wheatley, producer Jeremy Thomas has announced.

'High-Rise' will follow a screenplay written by Amy Jump and based on the J.G. Ballard novel of the same name, with Thomas producing through Recorded Picture Company.

The film centres on the lives of an affluent community which descends into chaos when it is cut off from society in a luxury block of flats.

Wheatley said of the pairs arrival on the project: ''Elisabeth Moss and Luke Evans are great additions to our cast. I'm really excited to be working with both of them.''

As well as Hiddleston, Miller and Irons, the Evans and Moss will also join James Purefoy, Wheatley's 'A Field in England' stars Reece Shearsmith and Peter Ferdinando and comedian Dan Renton Skinner.

Evans will next be seen in 'Dracula Untold' and 'The Hobbit: The Battle of the Five Armies' while Moss continues her role as Peggy Olson in 'Mad Men'.

'High-Rise' is scheduled to begin filming in Belfast, Northern Ireland next month.