Luke Bryan Has Apologised For His Ill-advised Remarks On Outlaw Country Artists, Suggesting They Have A Penchant For Using Drugs And Getting Into Trouble. 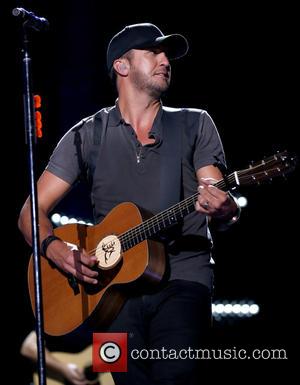 The Crash My Party hitmaker recently courted controversy when he stated in an interview that he is "not an outlaw country singer," adding, "I don't do cocaine and run around. So I'm not going to sing outlaw country."

Noting the originators of the genre, he said, "I think that people who want Merle (Haggard), Willie (Nelson) and Waylon (Jennings) just need to buy Merle, Willie and Waylon."

Several fans took offence at his comments, including Jennings' daughter-in-law Kathy Pinkerman, who is married to the late singer's son Buddy.

After reading Bryan's remark, she fired back on social media and wrote, "You are a platinum, disrespecting, no singing, whining, grasping for media attention, a**hole."

However, fellow country star and Waylon's other son, Shooter Jennings, tells the Los Angeles Times that Bryan has since apologised, especially as his dad admittedly had his own battle with a cocaine addiction.

Jennings said, "Luke Bryan called my mom today to clarify that he would never disrespect my dad or me or any of us. He also asked for Buddy's number to call Kathy. Whether or not he does, that takes a lot of guts.

"While I support my family obviously, personally the whole thing didn't make a difference to me. I've had my fair share of words being twisted and articles being sliced and diced. So I figured it was that... I misfired and said some things in the past about people, namely John Mayer. And I didn't have the guts to apologise. So, that being said, that kinda won me over."