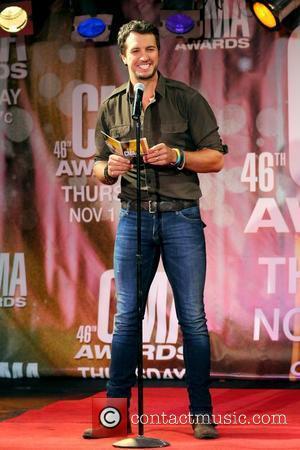 Country star Luke Bryan has spoken out in defence of his pal Jason Aldean after photos of the married singer kissing another woman were published online.

Aldean was snapped getting close to former American Idol contestant Brittany Kerr outside a bar in Los Angeles in September (12), prompting the My Kinda Party hitmaker to apologise for "embarrassing" his wife Jessica Ussery and their two kids by acting "inappropriately".

The couple, which has been married for 11 years, moved past the incident by walking the red carpet together at the Country Music Awards last week (01Nov12), and now Aldean's former tour mate Bryan has spoken out to defend his friend.

He tells U.S. radio station Knix, "Me and my wife (Caroline)'s stance on that is we just pray for Jason and his wife and family to get through it. I think Jason handled it the best way he could, apologising, and I think it was pretty clear that it was an alcohol-related situation much more than any other type of situation.

"It's a little unfortunate when the media turns it into... when they tweak headlines and all that stuff, you know, calling it affairs, that's bizarre to me."

Bryan insists it is normal for any marriage to go through ups and downs.

He adds, "With any marriage, whether you are in the spotlight or not, I mean, you have to stay on the same page and communicate and do things that make each other truly, truly happy. Understand that if you're married for 60 years and you're saying you've never had an up and down time, you're telling a lie, in my opinion."