Ludacris' Former Fling Has Posted An Angry Open Letter Online, Blasting The Rapper/actor For Breaking The Bond Between Mother And Daughter By Taking Full Custody Of Their Baby Girl. 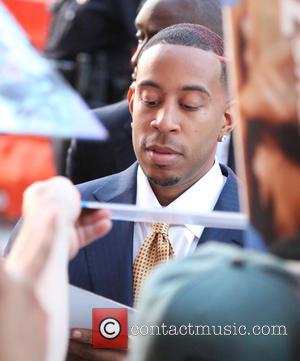 Tamika Fuller was ordered to hand over little Cai to the Fast & Furious star in January (15), after his lawyers successfully argued that he would be able to provide the one year old, who was conceived during a break from his now-wife Eudoxie Mbouguiengue, with a better home environment.

The devastated mum has now opened up about her heartbreak in a message posted on MadameNoire.com, in which Fuller reiterates allegations Ludacris urged her to abort the child when he learned she was expecting in 2013, and reveals she was left "stunned, devastated, and overwhelmed" when the Georgia judge ruled in the hip-hop star's favour.

She goes on to claim she was forced to suffer further after the judge denied her request for Ludacris to help cover her legal costs, which have left her in huge debt, and alleges she has even had to limit her social media posts as part of the ruling.

She writes, "The retribution continued to roll in because apparently taking away my child wasn't enough of a punishment. I was then denied assistance with lawyer fees and told that her father needed to authorize the pictures I posted on my personal social media page.

"As I apologized to my friends and family for not being able to share imagery of the evolution of my child, I scratched my head: What does Instagram censoring have to do with disparate income levels? Subsequently, I now have no child, no First Amendment rights, and I'm in debt to the tune of six figures."

Fuller continues, "Having him rip my baby from me feels like an act of willful violence that reoccurs every single day that I wake up and realize that she's not by my side."

Ludacris wed his on/off girlfriend Eudoxie over Christmas (Dec14), hours after proposing. They have since revealed they are expecting their first child together this summer (15).

The new dad-to-be also has a teenage girl named Karma from a previous relationship.