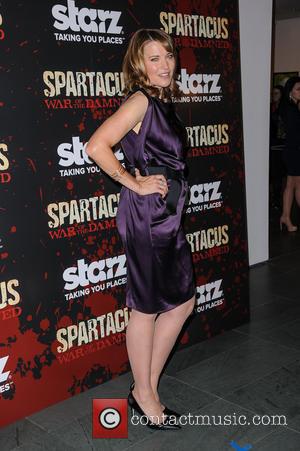 Lucy Lawless, the star of Xena, Warrior Princess has been sentenced today (February 7) for illegally boarding the Noble Discoverer ship to protest drilling in the Arctic.

The actress got away relatively easy though, not having to serve any jail time, and with all of the publicity now attracted to her cause, it may have even been worth it. Each of the protesters, who boarded the ship, has been sentenced to 120 hours of community service, in addition to paying $651.44 in reparations to the Port of Taranaki, where they boarded the ship. Not a bad deal, considering all the media coverage the case has been getting.

According to the Washington Post, Lawless is very happy with the result herself, saying: “I consider it a great victory that the court has struck down the reparation demand from Shell, which I think was absolutely ludicrous.”

She has also said that she is happy to clean toilets, pick up litter and do anything else necessary for her community service, because the publicity that has been brought to the issue of drilling in the Arctic has been worth it. Lawless has no regrets about participating in the protest. Now there’s a celebrity willing to walk the walk.